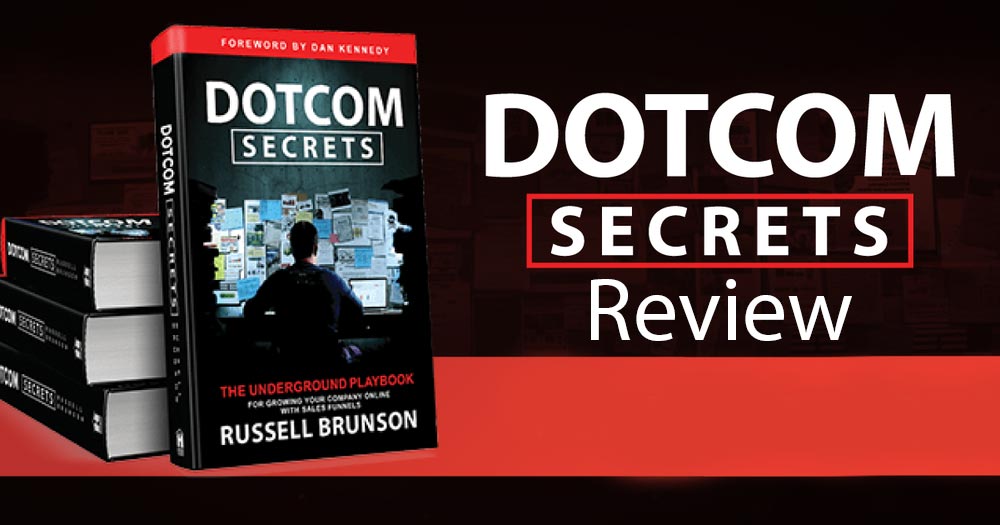 Synopsis: DotCom Secrets by Russell Brunson is an interesting read. The book is chock-full of helpful advice that can help you develop sales funnels with high conversion rates. Experienced and beginner online marketers alike are encouraged to read it. The value that this book brings is one of the main reasons why we decided to write this DotCom Secrets review in the first place.

When it comes to selling products on the internet, some finesse is required.

You’ve got a big learning curve ahead of you if you aren’t using certain sales techniques.

Rather than starting from the beginning, though, I encourage you to learn from an individual who has experience in this department.

An individual with credibility who runs a successful business online and has the ability to articulate what is effective and what isn’t.

Russell Brunson is one such individual. The following article will review his book, entitled DotCom Secrets: The Underground Playbook For Growing Your Company Online.

Here are the topics covered in DotCom Secrets review:

To make it easier to navigate through this article, we have made DotCom Secrets review table of contents for you to utilize.

What This Book Is About

DotCom Secrets is comprised of actionable suggestions for those who want to sell products and services on the internet. This book is worth holding onto as a guide when called for.

DotCom Secrets contains 254 pages. The author uses an engaging and charming style, which allows you to breeze through the book.

Brunson cites examples, as well as stories involving his own company. He goes into detail when discussing the various “secrets” brought up in the book.

When this article was written, DotCom Secrets had over 600 Amazon reviews and a star rating of 4.7.

Who Is This Russell Brunson Guy?

Russell Brunson happens to be a very successful internet entrepreneur. He launched his first company while in college, and has since sold all kinds of products, including t-shirts, supplements, and shakes.

Brunson is the cofounder of Etison LLC, who launched the incredibly successful software known as ClickFunnels. 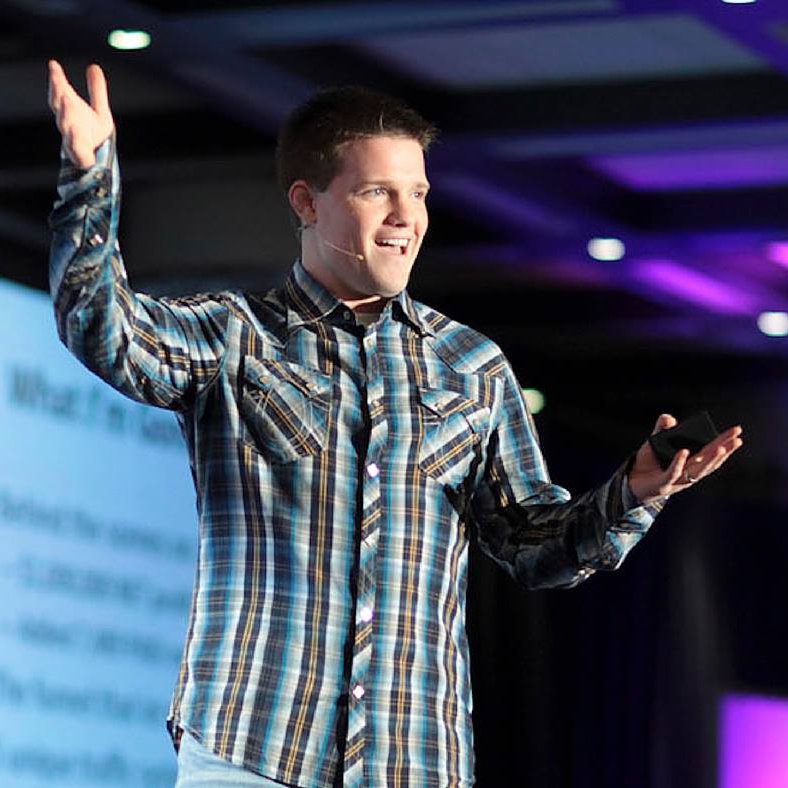 Brunson also developed a whole ecosystem revolving around that software, which is comprised of live events, books (like the one we are reviewing now), and information products.

Thanks to his product, more than 206 millionaires are members of the exclusive group called the “Two Comma Club.”

Etison, LLC, is currently a $360 million company (source: Forbes). The most impressive thing about his success is that the company was completely self-funded.

He remained in my memory ever since then, and remains an internet personality that I continue to follow today.

Here is what Anthony Robbins had to say about the DotCom Secrets book:

“Russell has spent over a decade successfully starting and scaling companies online. This book takes the best of what he’s discovered from over 1,000 unique split tests, tens of millions of visitors online and broken it down into a simple process that ANY company can use to geometrically improve their traffic, conversions and sales online.” — Anthony Robbins 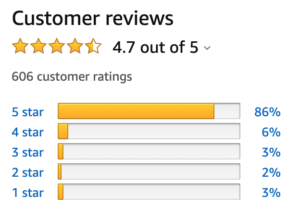 What to Expect from DotCom Secrets

At the beginning of the book, you are introduced to something called a “value ladder.” It entails a visual map of the services/products you offer to potential customers, listed based on their price (in ascending order).

In theory, you want your most expensive products to be sold. However, people can’t buy anything from your company if they aren’t aware of its existence.

Value ladders allow you to sell a product or service to potential customers at a low price point. In doing so, people would be more open to spending their money on whatever your specialty is.

After you have demonstrated that you’re capable of providing value, a certain amount of buyers will climb a ladder to buy costlier items from you packed with value.

From there, Brunson introduces readers to the idea of sales funnels. This is an online process that must be set up to get customers to climb the value ladder.

The remainder of this book talks more comprehensively about the psychology and strategies to use in order to build sales funnels. What follows funnels and ladders will be discussed in the following sections of this comprehensive DotCom Secrets review, so follow along.

In the subsequent section, you’ll learn how to communicate with an audience.

This entails the development of a persona intended to attract potential customers your way, as well as help you establish a following. People who interact with your attractive character will become loyal fans and rush to purchase whatever you are offering.

There are a quartet of elements required to develop attractive characters:

Brunson elaborates on each element and cites a number of examples in order to give you a better understanding of what he is saying.

The other half of this section discusses two effective strategies for email marketing, both of which can retain the engagement of people on your list.

A “Soap Opera Sequence” is what the initial one is known as. It is intended to aid you in making a connection with potential leads using the attractive character you developed earlier. The concept of the sequence involves keeping every email entertaining and open-ended.

In doing so, the people on your list will be excited to open your emails every time you send one.

Brunson shares one Soap Opera Sequence he often uses, explaining his rationale behind every email. You’ll learn how they can be adapted to your sequence.

He then shares another email strategy called the “Daily Seinfeld Sequence,” which are emails you should be sending out in order to maintain relationships with subscribers.

If you fail to engage with subscribers regularly, they’ll forget you. Consequentially, any marketing efforts you make in the future won’t be as effective.

The emails you send out as part of the sequence are effective because they’re entertaining. Each message is comprised of 90% entertainment and 10% content. When you utilize the Daily Seinfeld Sequence, you’ll see a rise in open, click, and conversion rates.

In this third section, you’ll learn about the fundamentals of funnels, as well as certain strategies to make them successful.

To achieve this, Brunson goes over five elements necessary to make any campaign successful. He shows you how your competition’s funnels can be reverse-engineered.

From there, Brunson discusses a funnel’s seven phases.

The biggest takeaway for me in this particular section was how important pre-frame setups are. To optimize success, you must establish the mindset of your visitors properly before each step of the funnel.

To achieve this, you’ll need to gauge the temperature of your traffic in order to create the right bridge for a pre-frame.

From there, you must qualify buyers, subscribers, and the ones who spend the most money (a.k.a. VIP buyers.

Understanding and executing each one of these steps provides you with optimal value from every subscriber while simultaneously providing them with maximum value.

In this section’s final portion, Brunson addresses a funnel’s building blocks – all 23 of them. He compares funnel creation to playing around with Lego blocks.

Developing a business funnel comes down to integrating and coordinating various blocks as a whole. The juiciest parts of the book are towards the end as discussed in the following few sections of our DotCom Secrets review.

This particular section, in my opinion, is priceless. Brunson elaborates on a number of his most successful sales funnels covered below in this DotCom Secrets review.

You will learn about the psychology implemented behind every funnel, as well as the way they operate. What may be the most beneficial thing in the book comes next – Brunson gives you templates you can fill in, allowing you to personalize and use them for your company.

Further, he discusses certain rules to use in order to structure a great OTO (One-Time-Offer). This is where your biggest profits will come from.

These sales funnels happen to be based on Brunson’s actual experiences.

For instance, the “two-step: complimentary product” funnel is what he personally uses when selling ClickFunnels (as well as DotCom Secrets).

The interesting thing here is that Brunson created a funnel in order to increase sales for ClickFunnels… by using ClickFunnels.

The final section in this book is essentially a brief ad for ClickFunnels. This software creates the very same sales funnels Brunson teaches you about in DotCom Secrets, as noted earlier.

There aren’t a lot of reveals in the final section, though. For a comprehensive look at ClickFunnels and the way it works, have a look at the review I wrote about it here.

The fastest way to generate revenue using this DotCom Secrets is to use the strategies it gives you. Soap Opera Sequences, Seinfeld Emails, and Attractive Characters are strategies every online business can use. If you are selling something on the internet and implementing one or more of the sales funnels discussed in DotCom Secrets, you can expect to see a jump in profits.

As mentioned earlier, this book is an aspect of the entire ClickFunnels ecosystem. It also has a great affiliate program. More on this topic will come up in our later posts about ClickFunnels.

DotCom Secrets can also be promoted as an affiliate, too. Let’s say that while reading this DotCom Secrets review you clicked on one of the links and purchased the book, you might earn commission. Although you will not earn commissions from the front-end of a sale, you can cookie those who purchase DotCom Secrets from one of your links. If anything is purchased from the backend, you’ll be paid 40% of whatever they buy down the road.

This is a big deal because Brunson’s own funnel is what you’re leveraging. It is a tried-and-true method that works.

You can purchase the kindle version of the book for just under $9. For those who prefer to hold tangible copies of their books, a paperback edition is available on Amazon and priced just under $12.

With that said, Brunson is giving away the book on his official website. The only thing you need to pay for is shipping/handling, which is just under $8.

I suggest purchasing it from Brunson’s website since it lets you see the two-step funnel in progress. You will see firsthand how this funnel functions, as well as the value offered while you’re going through the funnel.

As Brunson states in DotCom Secrets, you must endeavor to reverse engineer funnels that are successful. This happens to be an optimal approach of doing that.

This was a book I thoroughly enjoyed reading. This book has some eyebrow-raising revelations. Whenever I stumbled across any of them, I would take a moment and think about how they could be incorporated into my company.

As emphasized by Brunson, DotCom Secrets is considered to be a reference and intended to be used more than once.

When you first read it, you’ll get an understanding of what the concepts discussed are all about. Once you start implementing its strategies, the book can be used as a guide.

Ultimately, if you sell anything online, you are encouraged to read DotCom Secrets. You will learn all sorts of things by doing so, guaranteed.

If you liked this DotCom Secrets review, don’t be shy and share it with your friends. In addition, if you are curious about other tools and resources that we have reviewed, click here.